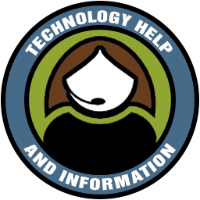 To lay the technical groundwork for future development with the Computing Experience Revitalization initiative, we have begun the migration of user data from Novell file servers to Windows file servers. This data includes personal drives (U: F:), organizational drives (O:, P:, G:), course-related drives (T:, R:, K:), and applications (M:). Drew computers now log in mounting the drives through Windows instead of via the Novell Client. A new web-based interface for accessing files off-campus has been launched, MyFiles.

Our team is also underway in the implementation of a Citrix environment to replace CloudPC's current vWorkspace installation, updating our back-end technology supporting Macs on campus, and updating our development environment of TreeHouse in preparation of its relaunch.

Beginning January 21st, computers were switched to using a Windows script to mount network drives instead of the Novell Client. Starting that weekend and continuing every weekend through February 14th, volumes are being migrated over to the new file servers. More information and a full schedule can be found here. MyFiles has been released, with a formal launch to follow shortly.

Once the Citrix environment is ready, we will be launching an improved CloudPC for the university. After the file migration is complete, the team will work to develop an improved computing model taking advantage of SCCM and Casper to ensure an optimal computing experience, keeping in mind both existing computers already out there and new computers. An updated version of TreeHouse using the latest version of the underlying software (Luminis) will begin testing soon, after which will follow a redesign for the relaunch.