For about ten years, starting in 2005-06, one day a year Drewids found "You are Loved" notes-- such as "You are loved," "You are beautiful" and "Be yourself"-- chalked on the sidewalks. The "Chalk Project" was started by Jen Dugan, '08 in her junior year. According to Wikipedia,

A member of the Drew University Alliance, the LGBTQ group that Dugan headed at the time, convinced her to make the messages into an LGBTQ-focused project. From that moment on, the project became an LGBTQ empowerment initiative. In addition to reminding people that they are appreciated, the project raises awareness about staggering suicide statistics among LGBTQ youth. LGBTQ youth are cited as being between four to nine times more likely to attempt suicide than heterosexual youth."

As an alumni, Dugan spread the project to campuses nationwide. 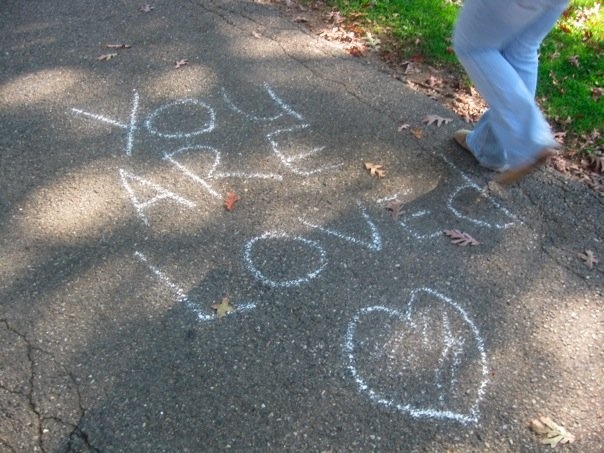