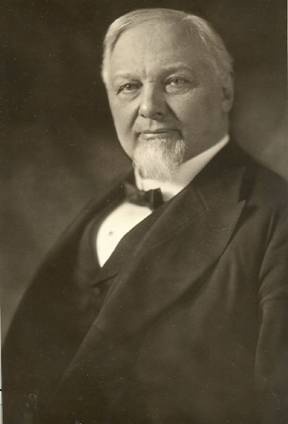 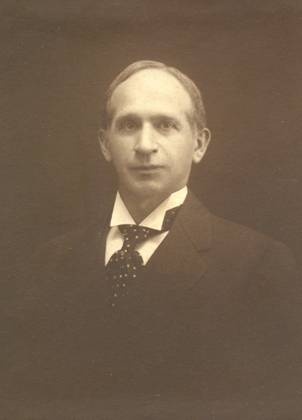 Henry Anson Buttz (1835-1920) was the fourth president of Drew Theological Seminary, later Drew University . Buttz attended the College of New Jersey (now Princeton University ), where he attained an A.B. in 1858 and an M.A. in 1861. He preached at the Morristown Methodist church until he came to Drew in 1868, where he was soon named professor of Greek and New Testament exegesis. Buttz was one of "the Great Five" revered professors who led Drew for decades. Upon President Hurst's departure in 1880, Buttz was elected to the seminary's presidency. For thirty-two years, Buttz guided a superior faculty and an ever-growing student body. Although he resigned the presidency to a younger generation in 1912, Buttz continued as professor until 1918.

Charles Fremont Sitterly began his career at Drew in 1892 as assistant to the president. He had completed a Ph.D. from Syracuse University in 1885 and pursued further study at Drew in 1886. In 1891, Sitterly married President Buttz's daughter, Julia, and he stayed at Drew as adjunct professor. In 1895, he was appointed full professorship in Biblical literature and Exegesis of the English Bible. Sitterly retired in 1935. Three years later he published a history of Drew titled The Building of Drew University.

The Henry Anson Buttz and Charles Sitterly Collection contains material from both Buttz and Sitterly. Both were devoted Methodists and many of the books are Bibles and other religious texts. Both wrote textbooks about Greek manuscripts that were used for courses taught at Drew Theological Seminary.

The Henry Anson Buttz and Charles Sitterly Collection is arranged primarily by format and whenever possible, material relating to either man is grouped together.

Access
The Henry Anson Buttz and Charles Sitterly Collection is open for research.

Restrictions on Use and Copyright Information
Single photocopies may be made for research purposes. Permission to publish materials from the collection must be requested from the Drew University Archivist. Researchers are responsible for determining any other copyright questions.

Provenance and Acquisition
This collection was donated by the Jeremy and Phyllis Rogel family, grandchildren of Charles Sitterly and great-grandchildren of Henry Anson Buttz, upon the death of Kay, daughter of Charles and Julia Sitterly, in 2006.