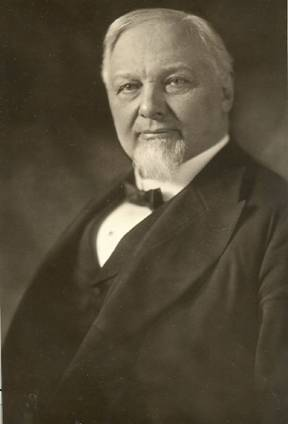 Also available as a PDF

Abstract
The Records of the Office of the President Henry Anson Buttz, 1835-1920 collection contains correspondence, publications, and fundraising information from Henry Anson Buttz, a Methodist minister and professor. Buttz served as President of Drew Theological Seminary from 1880-1912, the longest presidential term in Drew's history. The collection mainly consists of correspondence between Buttz and members of the Board of Trustees. It also documents early efforts to raise money for the Seminary, including correspondence between Buttz and donors as well as documentation related to two specific fundraising initiatives: the McClintock Association and the Janes Memorial Professorship.

Henry Anson Buttz (1835-1920) was the fourth president of Drew Theological Seminary, later Drew University. Buttz attended New Brunswick Theological Seminary and the College of New Jersey (now Princeton University), where he attained an A.B. in 1858 and an M.A. in 1861. He had nine pastoral appointments, including one at the Morristown Methodist Episcopal church, until he came to Drew in 1868. He was soon named professor of Greek and New Testament exegesis. Buttz was one of "the Great Five" revered professors who led Drew for decades. Upon President Hurst's departure in 1880, Buttz was elected to the seminary's presidency. For thirty-two years, Buttz improved the small endowment Drew had and oversaw the construction of five buildings on campus, including the Cornell Library, an Administration Building and Chapel (now Seminary Hall), and S.W. Bowne Refectory (now Hall). Although he resigned the presidency to a younger generation in 1912, Buttz continued as professor until 1918.  Buttz is buried in Hancock Cemetery in nearby Florham Park, New Jersey.

The records and papers of Henry Anson Buttz span the years between 1881 and 1920. The bulk of the records are from 1880 to 1912. Correspondence within the collection relates to fundraising and the day to day tasks of running a theological school. Buttz was in frequent contact with the seminary's treasurer, James W. Pearsall, and another trustee, William White. Correspondence with the latter in 1893 includes references to Mr. William Hoyt and Mr. Samuel W. Bowne's plans for a new dormitory (now Hoyt-Bowne Hall) and a 15 July 1894 letter addressing sadness at the death of Isabel (a daughter?).

Publications in the collection include a pamphlet that is not already bound in the Drew University Archives Faculty/Alumni Publications collection.

The third series consists of printed appeals and receipts related to the Janes Memorial Professorship, begun by President John Fletcher Hurst after Janes's death in 1876 and continued during Buttz's tenure. Bishop Edmund S. Janes was instrumental in the founding of Drew Theological Seminary, and helped determine the location of the Seminary.

The final series contains personal papers, including a list of student jobs and rules from 1902-1903, Buttz's resignation as a faculty member in 1918, an oral history from Drew's second president, Randolph Sinks Foster, that Buttz transcribed, and typescript copies (produced in 1962) of an address Buttz gave in November 1912 after he had resigned the Presidency. The manuscript of this address is not in the collection.

Access
The Records of the Office of the President (Henry Anson Buttz), 1834-1920 collection is available for research.

Restrictions on Use and Copyright Information
One photocopy may be made of each document for the purpose of research. Permission to publish must be obtained from the Drew University Archivist. Some materials may be too fragile to reproduce easily. The researcher is responsible for further copyright restrictions.

Accruals
One letter from Buttz to a Mr. Crossett accepting an invitation to meet New York Governor Charles H. Hughes was purchased by University Archivist Barent Johnson for $10 from a Methodist Book Dealer [recorded by Kenneth Rowe, September 28, year unknown].

Related Archival Materials
The Drew University Archives has numerous collections with materials related to Henry Anson Buttz. The Faculty Biography collection contains two folders on Buttz. The University Archives also has restricted records from the Board of Trustees from 1867 onward. Several of Buttz's published books are held within the Faculty/Alumni Publications Collection. The Manuscripts Collection has several of Buttz's own student notebooks, and the Student Documents collection contains notebooks from students taking classes that Buttz taught. Photographs of Buttz and a collection of books he owned can be found in the Henry Anson Buttz and Charles Fremont Sitterly Collection.

Series Description
The Correspondence of Henry Anson Buttz gives an account of efforts to raise funding for the seminary and describes the day to day tasks of running a theological school.

The Publications of Henry Anson Buttz contains unbound pamphlets that are not otherwise held in the Drew University Archives.

Series Description
The Janes Memorial Professorship papers consist of an appeal for funding for the professorship.
Receipts and correspondence from donors to the fund, and accounts of payments made, are located in the next folder.

Series Description
The Personal Papers of Henry Anson Buttz contain several important documents related to Buttz's tenure at Drew and early Drew History. They include Buttz's resignation letter as a faculty member in 1918, an oral history from Drew's second president, Randolph Sinks Foster that Buttz transcribed, and typescript copies (produced in 1962) of an address Buttz gave in November 1912. The original of the address is not in this collection.