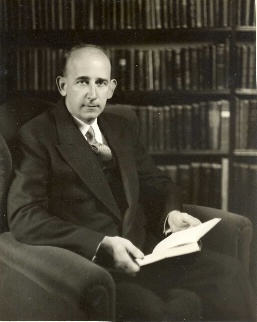 In 1929, when Arlo Ayres Brown became president of Drew University, he was in his forty-sixth year and already had behind him a rich and varied experience of life and many significant achievements.

He was the son of the Reverent Robert Ayres and Lucy Emma (Sanders) Brown and grew up in a Methodist parsonage. The broad plains of Illinois furnished the background of his boyhood.

When the time for college came he entered Northwestern University from which he was graduated in 1903 receiving the degree A.B. and achieving the honorary fraternity Phi Beta Kappa. Thirty-five years later his Alma Mater conferred upon him the degree Doctor of Laws. This degree he had already received from Syracuse University in 1927. Cornell College had made him a Doctor of Divinity in 1921. The University of Chattanooga admitted him to the Doctorate in Literature in 1929. On the occasion of the one hundredth anniversary of Boston University he received the degree Doctor of Humane Letters. Dr. Brown's professional theological training was received at Drew Theological Seminary from which he received the degree B.D. in 1907. He took part-time graduate work at Union Theological Seminary during the years 1908 to 1911 and at the graduate school of Northwestern University during the years 1919 to 1921.

During his active life he has been a minister of the Methodist (formerly Methodist Episcopal) Church. He was ordained deacon in 1907 and elder in 1909. He was a member of the New York Conference from 1907 to 1921, of the Holston Conference from 1921 to 1929 and has been a member of the Newark Conference since 1929. In the year of his graduation from Drew Theological Seminary Dr. Brown became associate pastor of the Madison Avenue Church of New York City. Here he worked with Dr. Wallace MacMullen, the pastor, until 1909. From 1909 to 1912 he was pastor of the Mount Hope Church in New York City.

By the time those large opportunities which have been so characteristic of his life began knocking at his door. During 1912 and 1913 he was agent of the Board of Foreign Missions of the Methodist Episcopal Church in Jerusalem. This was his first contact with the Near East and in this early period he revealed that quiet sympathy with varied racial groups which has been so characteristic of his whole life. He was executive secretary of the Newark District Church Society from 1913 to 1914.

On February 14, 1914 Arlo Ayres Brown was married to Grace Hurst Lindale. It is the simple statement of truth to say that Mrs. Brown has made an unusual and notable contribution to her husband's success. Her artistic sense and meticulous good taste have made their home a place of rare and gracious charm. And she has given to that home a quality of simple distinction and cordial friendliness which many generations of students have deeply appreciated.

Dr. Brown's interest in matters of education was sharpening all the while and from 1914 to 1921 he was the effective superintendent of teacher training in the Board of Sunday Schools of the Methodist Episcopal Church. During this period he entered upon experiences and formed friendships with men in the field of education of the utmost significance of his whole life.

All the while his mind was broadening and enlarging its grasp of educational problems and in 1921 he was made president of the Chattanooga University, which office he held until 1929. The university prospered under his leadership and he became a familiar figure at educational gatherings in the South where he was soon accepted as a friend and a trusted leader.

The next step in his career was one which must have brought particular gratification to him as it was a source of the deepest satisfaction to his friends all over the church. In 1929 Drew University called him to its presidency and Drew Forest, which years before had witnessed his arrival as a new theological student and three years later had sent him forth with its professional degree, now received him back as the head of an enlarged and growing institution.

His many-sided educational interests continued. He was vice-president of the Association of American Colleges 1928 to 1929. He became chairman of the executive committee of the International Council for Religious Education in 1939. He was president of the American Association of Theological Schools 1936 to 1938. During this period he visited Union Theological Seminary, Yale Divinity School, and other schools as inspector in connection with the appraisal of American Theological Schools which took place at that time. He was president of the Methodist Educational Association 1928 to 1930 and 1939 to 1930. He has rendered very important service as a member of the Commission on Conference Courses of Study of the Methodist Episcopal Church since 1923. He has been a familiar figure as a member of the University Senate of the Methodist Episcopal Church and more recently in the Methodist Board of Education. As a member of the Appraisal Committee of the Laymen's Foreign Missionary Inquiry he made a memorable visit to the great missionary enterprises in India, Burma, China and Japan, 1931 to 1932. Here in constant and intimate fellowship with Christian leaders in the Orient he had opportunities of the rarest sort in respect of entering into the very life of the Christian Movement in Asia. He is a member of the International Committee of the Young Men's Christian Association, of the Committee on Public Relations and Chairman of the Program Committee of the Army and Navy Committee of the Y.M.C.A., the latter being the channel through which the Y.M.C.A. serves men of the armed forces through the United Service Organization. In all these relationships at home and abroad he has become the intimate and trusted comrade of the leaders of his own and many other Christian communions.

During his busy life as an administrator of important educational activities and institutions he has found time to write and publish Studies in Christian Living 1914, Primer of Teacher Training 1916, a History of Religious Education in Recent Times (perhaps his most characteristic contribution to the literature of the field) 1923, Youth and Christian Living 1929. He was the co-author of Life int he Making, published in 1917.

President Brown has brought to Drew University a mind richly fertilized by the widest experience and the richest contact with men and movements. His simple friendliness and his unruffled urbanity have made him something more intimate and human than an effective administrator without diminishing his constant and understanding command of the essential features of the vastly varied situations with which he has had to deal.

During the thirteen years of his presidency of Drew many advances have been made in material prosperity, in scholarly activity and in intellectual impact upon the American community. The endowment of the institution has increased from $2,294,000 to $5,879,000, not including the principal of the Rose Scholarship Fund and the principal assets of the Wendel Foundation, totaling approximately $4,000,000. Also, $680,000 has been spent on new buildings and campus improvements, especially the Lenox S. Rose Memorial Library, which combines beauty and serviceableness in an unusual degree.

President Brown has a cosmopolitan mind ready to accept what is true whatever its source, not easily subject to party labels, and devotedly loyal to the Christian ideal which gives direction to his life.