Candiotti took the lead in bringing new technology to Drew. He worked with Dr. Vivian Bull (later interim President of Drew) to create the distinctive Drew Computer Initiative in 1984. One of the last projects under his watch was the massive conversion of and updates to Drew's enterprise information systems in 2010-2013.

According to Drew President Vivian A. Bull, Candiotti was an important leader of the Computer Initiative --established in 1984 – which made Drew the nation’s first liberal arts college to provide students with a laptop as part of tuition.

“Alan approached his entire career with a spirit of innovation,” said Bull. “His loss reminds us of his many achievements, which will undoubtedly become part of his enduring legacy.”

Candiotti earned an A.B. degree from Columbia University in 1967, after which he pursued an A.M. in 1968 and a Ph.D. in 1973, both from Harvard. His focus on scholarship between 1973 and 1989 resulted in publication of academically acclaimed articles on number theory.

At Drew, he served for 23 years as a professor of mathematics and computer science, and was named the winner of the President’s Award for Distinguished Teaching in 1992. In 1985, he became chair of the department and served in that role until 1993. He was also deeply involved in teaching New Jersey’s top high school students as director of the New Jersey Governor’s School in the Sciences in 1986 and again from 1988 to 1990.

Candiotti’s talents were more fully integrated into Drew’s administration in 1994, when he became the school’s assistant vice president for university technology---a position he held while continuing to teach undergraduate courses. Since then, he has led the school’s academic and administrative computer units through several modernization projects, the most recent of which included complex transitions to Google Apps and Banner. 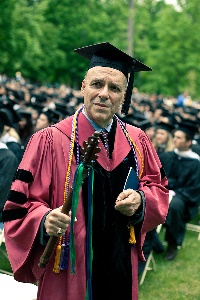 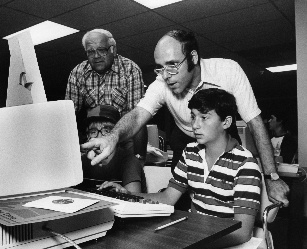