Built in 1832 by the Gibbons family, Mead Hall is the original building on the Drew University site. Over the years it has been used for classrooms, student housing and administrative offices. The name Mead Hall honors Roxana Mead Drew, the wife of philanthropist and Drew patron Daniel Drew. After being ravaged by fire in 1989, Mead Hall was massively reconstructed and restored to Greek Revival beauty by 1992.

A Brief History of Mead Hall 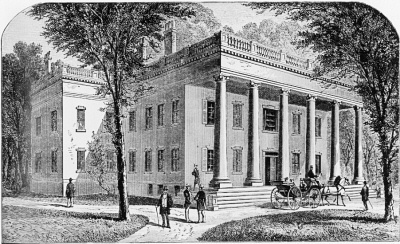 The original mansion was built 1833-36 by William Gibbons, the son of Thomas Gibbons, a wealthy Savannah lawyer. After his father’s death in 1826, William inherited his fortune, including the NY-NJ steamboat ferry business, real estate, and extensive plantations in Georgia. In building his mansion, the young Gibbons – although born a southerner from Georgia – was looking to settle his growing family in New Jersey, to find a suitable place to engage in his passion in thoroughbred breeding and racing. Gibbons hired a local resident Abraham Brittin in 1832 to piece together an estate of 95 acres which was named “the Forest”. He continued to buy farms and other property nearby to accommodate the breeding and raising of his thoroughbreds.

George A. Jenkins of New Brunswick was hired as the builder – the architect is unknown. The result was a structure of massive dimensions and of fine, sturdy materials, including brick (kilned at Benjamin Pierson Lum’s brickyard in Chatham), brownstone foundation and steps, marble hall floors and fireplaces, mahogany doors, stairs, and woodwork imported from San Domingo and hand-carved in England, and silver-plated hardware. The most modern conveniences of the day, central heating and baths, were installed.

The Greek revival style of architecture, of which Mead Hall is a particularly superb example, is considered to be America’s first national style when it blossomed in the first half of the 19th century, pre-Civil War period. This style is seen in the simple symmetrical T-shaped plan and Greek architectural elements – the massive columns supporting an architrave, which lent itself perfectly for an impressive portico, an especially southern feature. Fluted ionic columns and architraves echo throughout the interior, framing doors and windows. The red brick was originally painted a light grey, imitating the stone of Greek temples. Ancient Greece, which was being newly discovered through archaeological exploration, was thought to embody the new country’s democratic ideals, reflected in the harmony, symmetry, simplicity, and monumentalism of the Greek revival style. 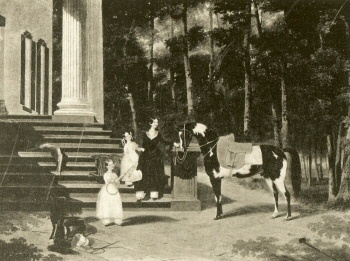 The Gibbons family, including four children and servants, took up residence in 1836. The dates of bills and receipts for wallpaper, rugs, drapes, and furniture, (preserved in the University archives) attest to the fact that furnishing the mansion continued. As a family, however, the Gibbons enjoyed their splendid home a mere eight years. Mrs. Gibbons died in 1844, William Gibbons in 1852, of a heart attack. In those 16 years, all the while managing his southern plantations and real estate ventures (he sold the steamboat business in 1829), Gibbons found success in breeding and racing horses, producing a national champion, Fashion, nicknamed “Queen of the American Turf.” She astonished the racing world by beating the stallion Boston in 1841, running a record 4-mile race that stood for more than 13 years.

A letter written years earlier by William Gibbons to his father, revealed a shared philosophy that is re-flected in both the mansion and life that he created there: “….in living, live as if each day were the last, but in building, build as if I were to live forever.” 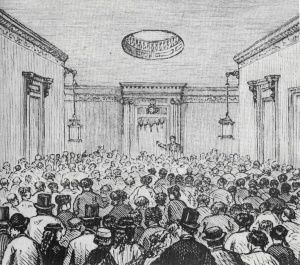 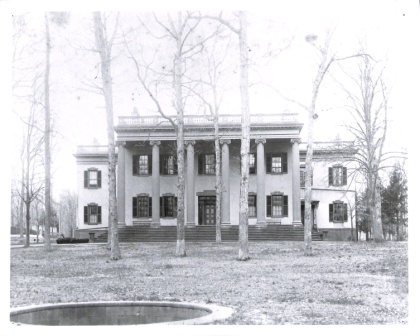 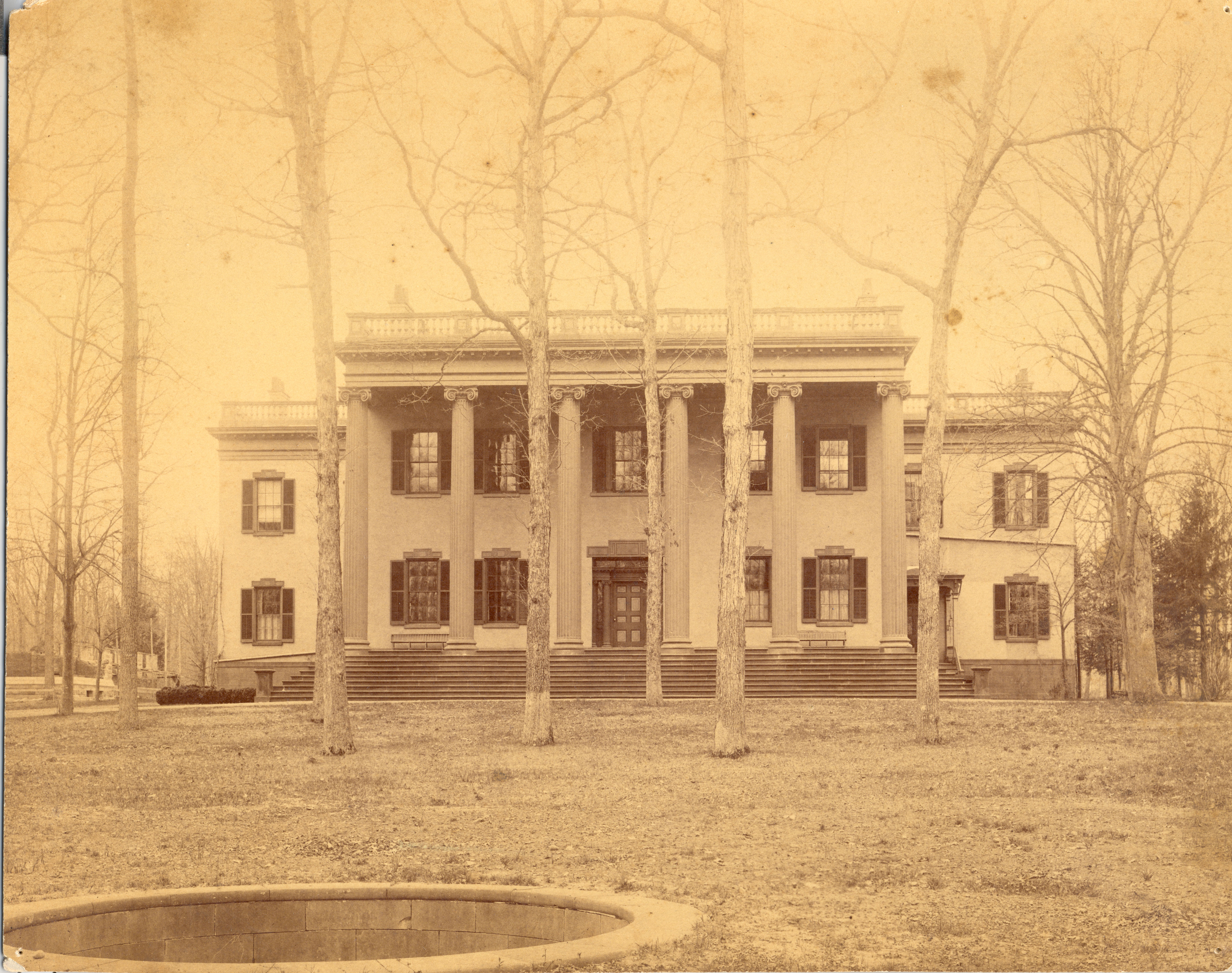