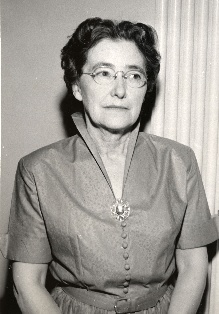 Eakin was a pioneer in the field of multi-culturalism and the ministry of reconciliation at a time when anti-Semitism and racism were peaking. She authored such curriculum materials as Getting Acquainted with Jewish Neighbors and the Junior Teacher's Guide on Negro Americans. With her husband, Frank Eakin, she co-authored the book, The Sunday School Fights Prejudice. The Eakins' study concluded that the Christian Sunday school could be a primary agent in the fight against racism and anti-Semitism.

In addition, Mildred Moody Eakin served on a committee that studied the presence of racial and interfaith references in Protestant Sunday school curriculum. Sponsored by the American Jewish Committee, the first study began in 1933. It is significant to note that this was a year before Hitler rose to power in Germany. A second study was completed shortly after World War II. Several other curriculum studies followed in the late 1940s and 1950s.

At the center of Eakin's work are the questions: “Who is my neighbor?” and “What does it mean to be a neighbor?” With these as her focus, she struggled to move theology out of abstraction and into practice – that is, into the community – through the use of drama, study, and practical activities designed to foster communication and understanding among people.